During its yearly rotation around the Sun, the Earth tilts on its axis giving us the change of seasons. March 20th marked the first day of spring for 2014 and is called the spring equinox. Daylight is close to 12 hours long with the day's length increasing as the season progresses. The Earth's northern hemisphere moves slowly towards the Sun, increasing temperatures. The Earth's movement and change in weather is sensed by the migrating birds who have spent the winter in South America, Central America, and the Caribbean. They began their journey north into the United States and Canada to their breeding grounds. The weather and food sources play an important part in when and where birds chose to migrate. Each species of migratory bird has a different timing and route leading north.

To learn more about the spring migration, visit this link  http://www.birds.cornell.edu/AllAboutBirds/studying/migration/.

Crescent Bend is located within the migration routes of many species. Bird movement begins in March and continues through May. Some birds will spend the summer at the park while others keep moving north. Here's some of the birds that will be arriving during the spring migration. The bird species in bold lettering will remain in the park for the summer.

Spring migration is a good time to see rarities at the park. In 2013, two birds seldom found in Bexar County made an appearance. Blue-winged Warbler was seen on 4/28 and the Scarlet Tanager was seen on 4/16. 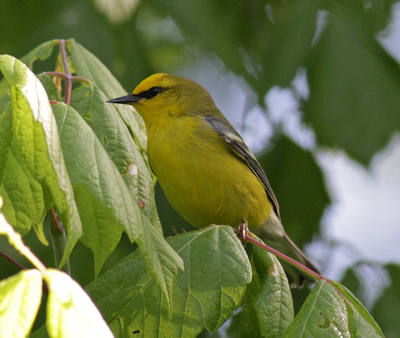 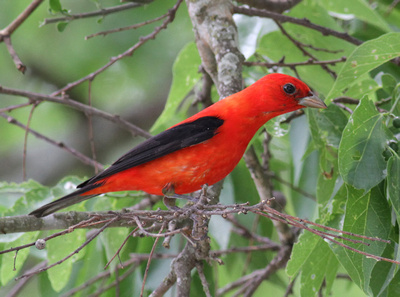